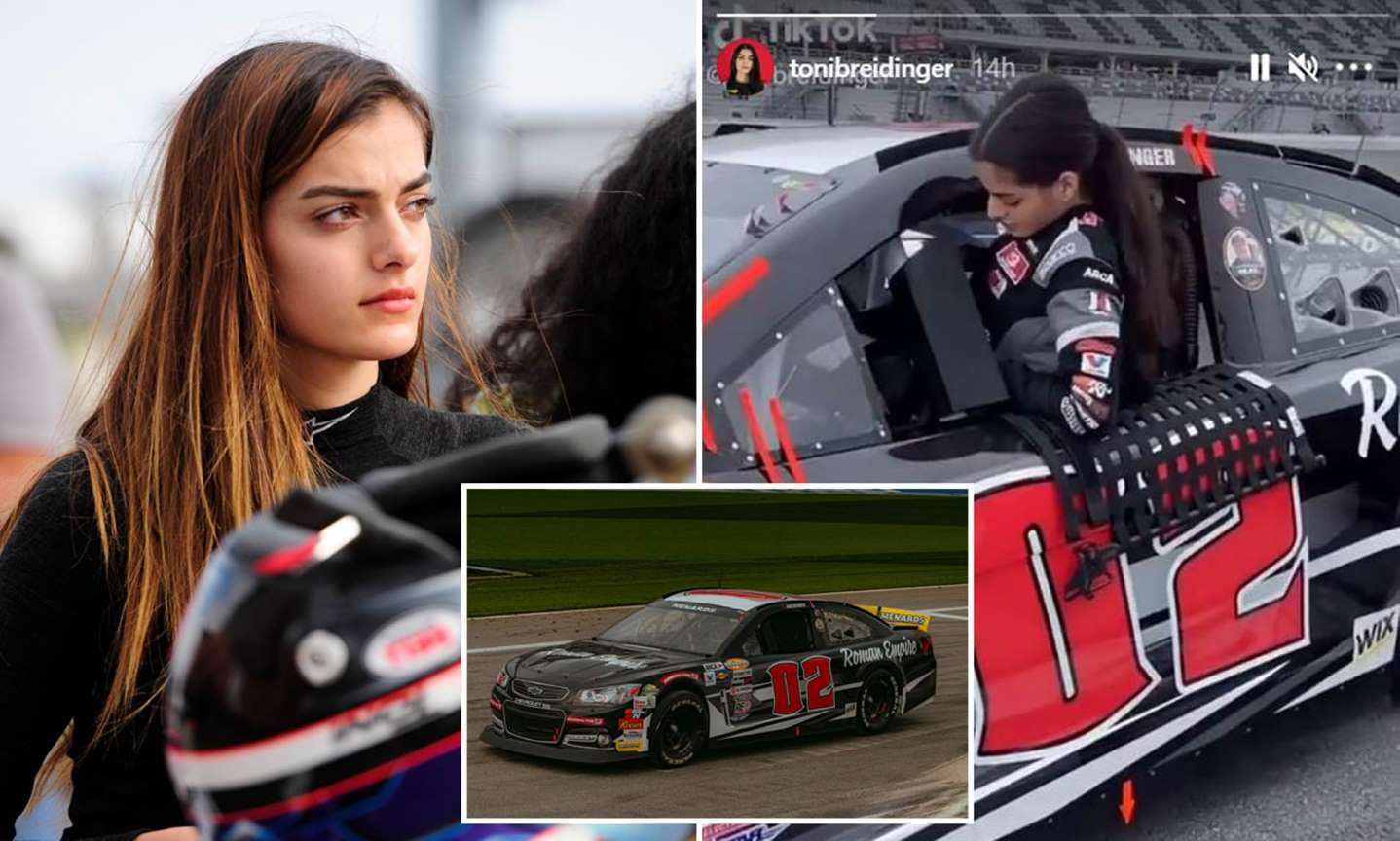 Demi Lovato 'had three strokes and a heart attack'

'I'm done': Williams walks out in tears after semi-final defeat

NASCAR welcomed its first female Arab-American driver over the weekend as Toni Breidinger made her debut at Daytona International Speedway in the 2021 ARCA Menards Series season opener.

'Everyone always loves to be the first,' Breidinger told CBS. 'I also don't want to be the last.'

The 21-year-old finished 18th at the Lucas Oil 200, a precursor to Sunday's NASCAR Cup Series opener, the Daytona 500.

SCROLL DOWN FOR VIDEO

'Dayton (sic) Debut,' she tweeted afterwards. 'My team and I set 2 goals to finish the race and stay out of trouble. Excited for the rest of the of the season.'

She described driving at the famed Florida racetrack as a 'dream come true' after seeing the venue last year.

'I went to that race last year just to go watch and I told myself, "I want to be racing here next year,"' she said. 'So, that was a really big goal for me.'

The Californian grew up in the Bay Area, but her mother was born in Beirut and Breidinger currently has family in Lebanon, according to ArabAmericanNews.com.

She discovered racing as at age 9 when she was brought to a go-kart track by her racing enthusiast father, who happens to be a mechanical engineer.

a person riding on the back of a motorcycle: Now, not only is she driving the No. 2 Young's Motorsports Chevy (pictured) in her first full season on the ARCA series (she appeared in three races in 2018), but Breidinger is also behind the wheel of the No. 82 Chevrolet Silverado in the NASCAR Camping World Truck Series
Full Screen
1/4 SLIDES © Provided by Daily Mail

'When I was 9, my dad took my sister and I to a go-kart track at Sonoma Raceway, just for fun,' she told ArabAmericanNews.com. 'He never thought anything would come out of it. I did it a few times and just loved it.'

Breidinger's father ultimately bought his daughter her own go-kart, sparking her interest in motor sports, as well as her younger sister's.

'As soon as I got into a go-kart for my first time, I was like, 'I want to be a race car driver,'' she told CBS. 'I told my parents that [and] I think they just kind of thought I was just saying that... but I knew in my mind I was going to do that.'