The 'bendy' bridge in China that some didn't believe was real 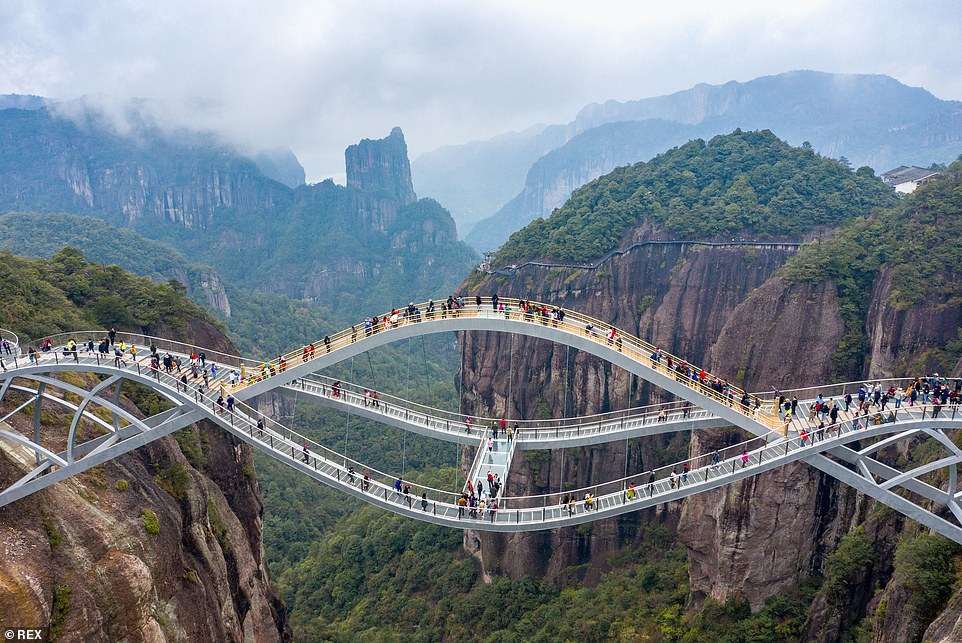 Best pictures of the day

For some, this is a bridge too far.

These pictures show a double-deck glass bridge in China with a mind-boggling undulating design that is just too scary for some people.

When video footage and pictures of the structure – called the Ruyi Bridge – emerged on social media channels some users said they’d never have the courage to set foot on it. And some were so incredulous they declared that the bridge, which sits 459ft (140m) above a ravine, was fake.

© Provided by Daily Mail The Ruyi Bridge, pictured, is a double-deck glass bridge in China with a mind-boggling design that is just too scary for some people

After seeing drone footage of the bridge on Twitter, Dan Grassi wrote: 'If this is real there would be a location (lon/lat), so I call it fake.'

And after seeing a clip of the crossing on YouTube, 'oceans' demanded: '[The] latitude and longitude of this "bridge" or it didn't happen.'

Posting a video of the bridge, astronaut Commander Chris Hadfield joked on Twitter: 'I'd want better handrails.' In reply, Coleen said: 'And an adult diaper changing station at either end.'

a canyon with a mountain in the background: The bridge is 328ft long (100m) and spans the Shenxianju valley in Zhejiang province
Full Screen
1/3 SLIDES © Provided by Daily Mail

Wyn on Twitter wrote: 'I'd want a lot of persuasion and a harness.'

The bridge, which is 328ft long (100m) and spans the Shenxianju valley in Zhejiang province, actually consists of three undulating bridges and part of its deck is made from transparent glass, reports Zhejiang China.

© Provided by Daily Mail Since its opening last September, more than 200,000 people have visited the bridge

It's called the Ruyi Bridge as it has been designed to look like a jade ruyi - a ceremonial spectre that is a symbol of good fortune in China.

According to Arquitectura Viva, the bridge was designed by He Yunchang, a steel structure expert who was also involved in the design of Beijing's Bird's Nest Stadium for the 2008 Olympics.

Since its opening last September, more than 200,000 people have visited the bridge and it has become one of the area's biggest attractions. 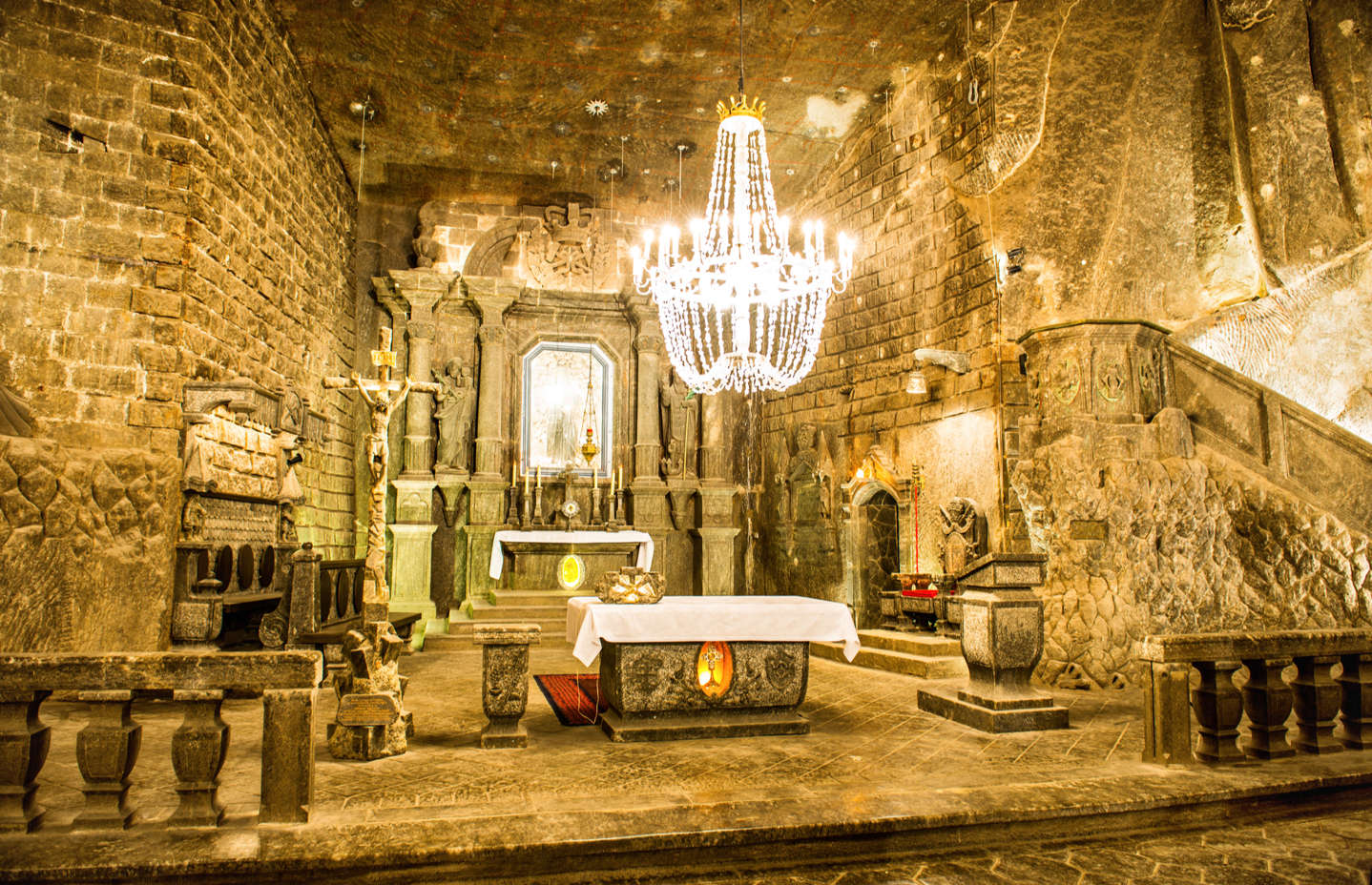 Some of China's other scary bridges...

© Provided by Daily Mail The Zhangjiajie Glass Bridge in China's central Hunan province. It is suspended 300 metres (984ft) above a sheer drop

This glass-bottom bridge is one of the highest in the world.

It is suspended 300 metres (984ft) above a sheer drop, linking the sides of a canyon that divides two mountain cliffs in Zhangjiajie Park, in China's central Hunan province.

The bridge spans approximately 430 metres (1,400 feet) and the structure is six metres (19ft 8in) wide and made of some 99 panels of clear glass. When it opened in 2016, thousands of tourists queued up to cross it and the attraction became so busy that you could barely see the dizzying drop below.

© Provided by Daily Mail Spectacular: The bridge in the Hongyagu Scenic Area, which hangs 755 feet above the ground between two cliffs, roughly the height of a 66-storey building

This 1,601ft-long bridge in the Hongyagu Scenic Area opened to the public in December 2017 - and proved a massive hit with visitors.

At the time, it was the longest glass bridge in the world and had been designed to 'sway a little' when tourists walk on it, according to reports on Chinese state media.

The 6.5-foot-wide walkway hangs 755 feet above the ground between two cliffs, roughly the height of a 66-storey building.

Called the Shapotou Suspension Bridge, tourists apparently struggled to cross the 328-metre-long (1,076 feet) bridge when it opened in 2017 as they could see the water gushing right under their feet.

In addition, part of the terrifying walkway has 3D art on the floor, including that of a huge waterfall. Management hopes it provides daredevil visitors with the ultimate adrenaline rush.

Suspended over the lush hills of the Yalong Bay Tropical Paradise Forest Park in Hainan province is this vertigo-inducing glass-bottomed bridge.

The 400-metre-long structure features several circular glass observation decks that jut out of the mountainside, the highest at an altitude of 450 metres (1,400ft).

Built with triple-tempered laminated glass panels that are each 3cm (1.2in) thick, visitors feel as if they are walking on air.

This terrifying transparent walkway extends more than 80 metres (262ft) from a cliff face above a vertigo-inducing 120-metre drop (390 t) at the Wansheng Ordovician Theme Park in Chongqing.

The £4.5million attraction extends a staggering 69.6 metres (228ft) from the rock, providing exhilarating views towards the valley underneath.

The walkway's total length is nearly 200 metres (656ft) and no more than 30 visitors are allowed to stand on the bridge at any one time.