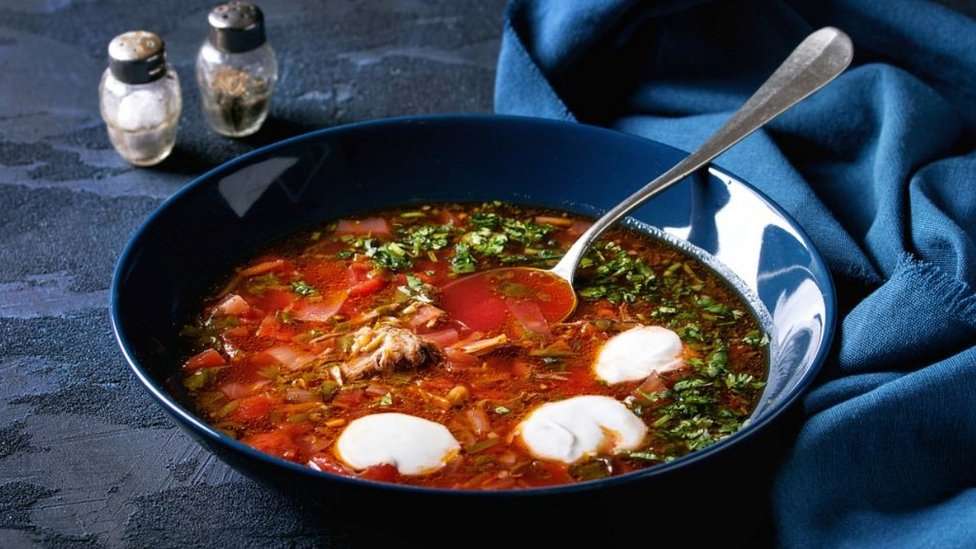 Ukraine is holding a national online cook-in on Friday as part of a drive to get Unesco recognition of borscht - beetroot soup - as a Ukrainian dish.

The campaign has a rather sour flavour, however, as borscht - known as "borshch" in Ukraine - is also a staple dish in Russian and Polish cuisine. The Polish version is called "barszcz".

The Ukrainian Ministry of Culture invited a celebrity chef, Yevhen Klopotenko, to supervise the cook-in, involving 25 participants from all regions of the country of 44 million. Each can show off a regional recipe for borscht on YouTube.

While beetroot is the basic ingredient, the soup comes in many versions and there is no single Ukrainian style.

The government campaign has added a new twist to the long-running rivalry between Ukraine and Russia, who have been in conflict since 2014, when Russia annexed Ukraine's Crimea peninsula.

Late last year, the Russian government tweeted that borscht was "one of Russia's most famous and beloved dishes and a symbol of traditional cuisine".

That riled many people in Ukraine, journalist Roman Lebed of BBC Ukrainian commented: "In light of current affairs, it feels like part of propaganda," he told the BBC'S The Fifth Floor programme.

Ukraine's Culture Minister Oleksandr Tkachenko said "borscht is a Ukrainian dish - we know this and more and more foreigners understand it".

In December, Mr Tkachenko took part in a borscht-cooking contest with other Ukrainian ministers.

He and Deputy Prime Minister Olha Stefanishyna cooked a version with cherries, while two other ministers cooked a fried cabbage variety. The judges preferred the cherry one, but the audience award went to the cabbage one.

According to Ukrainians, the first written mention of borscht dates back to 1584 and the diary of a German traveller, Martin Gruneweg, from his visit to Ukraine's capital, Kyiv.

Lebed's attachment to borscht goes back a long way: he remembers fondly how his great grandmother cooked it when he was a child. His grandma did too: "she had her own garden, so all the ingredients were fresh - one of the brightest memories from my childhood".

"My mum adds some cherry for fruitiness, some sour cream and fresh greens on top. You can also add some mashed lard - I don't like it, but it's also traditional."

That month too, the Ukrainian embassy in Paris complained to the Michelin Guide for its description of borscht as a "Russian dish". Michelin apologised for "gastronomic carelessness with an unexpected political connotation".